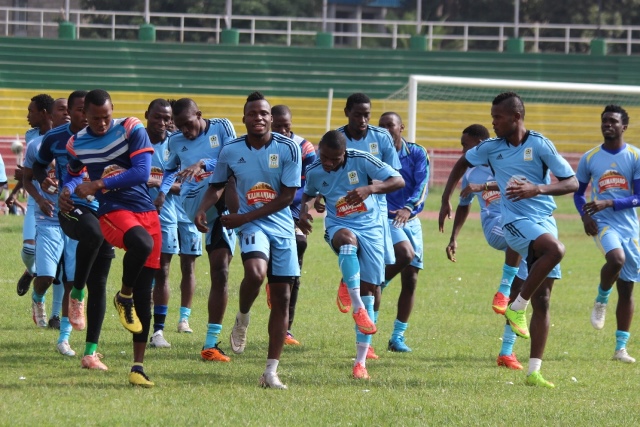 NATIONAL soccer team, Taifa Stars has stepped up its training in Egypt in readiness of their 2019 Africa Cup of Nations (AFCON) qualifiers match against Lesotho Likuena to be staged next weekend in Dar es Salaam.

Stars Head Coach, Salum Mayanga said that the squad is coping well with the training programmes, which are conducted at the Tolip Sports City in Alexandria and that from Wednesday till yesterday, the team had 420 minutes in two training sessions each day.

According to Mayanga, the team which has pitched a weeklong camp in Egypt is expected to conduct a total of 1,500 minutes training, which involves morning and night sessions.

The programme started last Wednesday will end next Wednesday ready for Saturday clash against Lesotho. The coach unveiled that the team trains for 90 minutes in the morning session and in the night session its trains for 120 minutes, which is equivalent to two hours.

He said players have shown that they are catching up well with his training regime. Players are in good shape and high morale. They have shown positive signs and are building confidence ahead of their 2019 AFCON qualifiers game.

Im confident that this team will post positive results against Lesotho on Saturday, he said. He further said that the team will train for 180 minutes at home after returning from Egypt camp on Thursday.

The Group L encounter against the Likuenas is scheduled to be held at the National Stadium at night. Taifa Stars is pooled alongside neighbours Uganda The Cranes, Cape Verde Island and Lesotho in group L to battle for the ticket for the 2019 AFCON finals to be hosted in Cameroon.

In another development the Taifa Stars, Technical Bench has unveiled that its training programmes had been going smoothly without affecting players who are fasting during this Holy Month of Ramadhan.

Farid Mussa, who is playing in Spain second division side Teneriffe was expected to join the team in Egypt while the team skipper Mbwana Samatta, who is with Belgium side KRC Genk will join the rest of the team in Dar es Salaam.