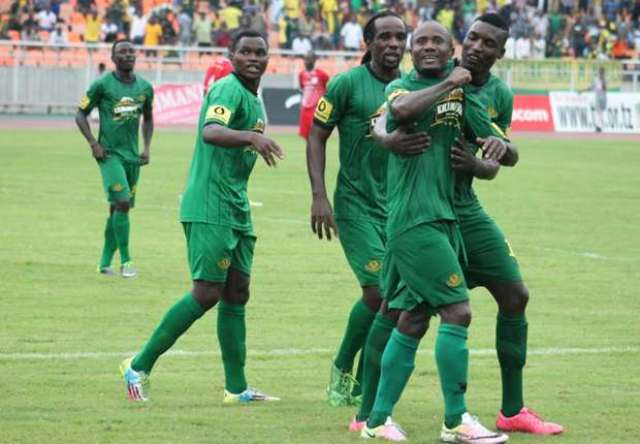 LEADERS of broke Young Africans have breathed a sigh of relief, after signing a mega 5bn/- sponsorship deal with betting company SportPesa.

The official partnership between Yanga and SportsPesa, on an initial five-year deal was announced during a press conference at the club headquarters in Jangwani, Dar es Salaam yesterday.

Yanga have been walking tightrope, experiencing financial challenges especially after their chief financier and club Chairman, Yusuf Manji was detained for several charges, which forced him out of the club for quite some time.

SportPesa Tanzania CEO, Pavel Slavkov and Yanga ViceChairman, Clement Sanga signed the contract in a ceremony witnessed by club leaders and a section of the clubs ecstatic fans.

Sanga said shortly after penning down a five-year partnership that the deal is a big relief for the club after months of financial difficulties. This partnership has come at the right time as the club has been going through a difficult period...we really appreciate SportPesas support, he said.

SportPesa move means the club has gained a massive financial boost and that the partnership will enable them to propel the clubs develop programmes. In-fact, Sanga said the club will be looking for more partners, who will support the vision of seeing the club move to another level.

Sanga urged their supporters and other stakeholders to support SportPesa investment by supporting their activities which aim at taking the country football into another level.

The agreement will see the SportPesa brand feature on the clubs shirt starting from the 2017/18 through to the 2021/22 seasons. Speaking after the signing occasion, SportPesa Tanzania, Director of Administration and Compliance, Abbas Tarimba said that the partnership with Yanga aims at ensuring the club follows modern methods of management.

This is yet another gesture by SportPesa to showcase our commitment to football development in Tanzania. We are more than happy to work with Yanga, a great club. By assisting such clubs, we believe football will progress to the levels that will improve even the national side, Tarimba told the gathered press.

The partnership between SportPesa and Yanga is a joint effort by the two parties aimed at ensuring the club follows modern methods of management and it grows to be self-sustaining, Sanga added.

Yanga is the second team after Simba SC that SportPesa Tanzania has partnered with since officially opening their operations in the country on May 9. The deal with Simba was sealed last Friday, in which the club will receive similar amount to Yanga for the next five years.

To the pleasant surprise of the fans of the team known as Wekundu wa Msimbazi (Msimbazi Reds), the record agreement was announced during half time of their league clash against Shinyanga-based Stand United at the rocking National Stadium in Dar es Salaam, in which Simba won 2-1.

During the match, Simba players resumed the second stanza wearing jerseys emblazoned with SportPesa across their chests to another rapturous reception from their fans.

SportPesa will also lend their expertise to Simba in helping the club to aggressively market their merchandise. Additionally, both clubs will receive bonuses for winning the Mainland Premier League, Cecafa Kagame Cup and the CAF Champions League titles.

According to Tarimba both Simba and Yanga will earn 950m/- in the first year of the contract, which will also see a five per cent addition per year. The two clubs however, will be required to submit audited reports to SportPesa after every three months in measures taken to ensure transparent use of the money.

SportPesa launched in Kenya in 2014 has also partnership with English Premier League (EPL) clubs such as Everton, Arsenal and relegated sides Hull City and Southampton FC as well as the Spanish league popularly known as La Liga.