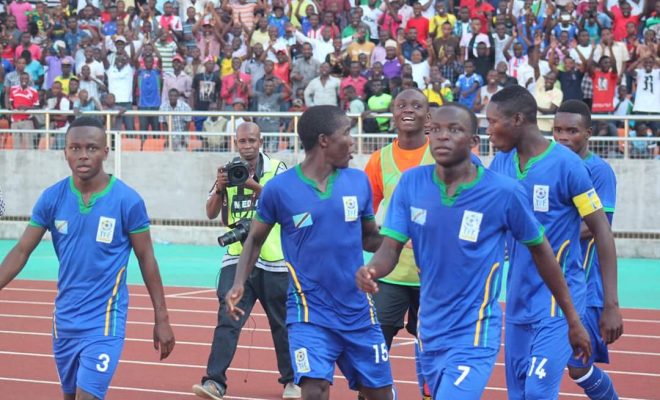 Tanzania Revenue Authority (TRA) has regretted seizing team bus of the U-17 national team the Serengeti Boys over taxes owed by the Tanzania Football Federation (TFF).

TRA also locked the offices of TFF in Dar es Salaam paralysing the operations of the Jamal Malinzi led federation.

The taxman is demanding up-to $500,000 non-remitted Pay As You Earn (PAYE) of different national team (Taifa Stars) coaches for the period between 2007 and 2012.

TRA regrets the move by one of our debt collectors to seize Serengeti Boys team bus without following the due procedure. We confirm order to release the bus, TRA statement reads in part.

Serengeti Boys have qualified for the 2017 African Cup of Nations due next month in Gabon.

Jamal holds TFF broke no rule and that the TRA are barking at the wrong tree since it was the government paying the salaries and thus should have remitted the taxes as is the norm.

The fact of the matter is that between 2007-2012 the government committed itself to pay national team coach salary. In the process the ministry was depositing national team coaches salaries in their bank accounts but never remitted PAYE to the revenue authority.

The federation affirmed that it was not responsible for this nonpayment, but the revenue authority says you are the one who hired the coach, Jamal told Football Africa Arena.